In one of my favorite books, The Alchemist, the celebrated writer Paulo Coelho writes “When you want something, all the universe conspires in helping you to achieve it.” What an inspiring way of the universe! I have experienced this myself.

After a few years into my running journey and completing a couple of half marathons, it was bound to happen. I wanted to do the marathon. And what better ones to do than the iconic NYC and my home state NJ marathons! In December of 2013, I started training to run the NJ Marathon in 2014 that is held each year in early April with a hope to run the NYC Marathon same year in November. On Valentine’s day that year, a freak episode of dehydration and the flu had me faint, and I fell right in my home in a manner that caused a midfoot injury in my right foot. Every time I think about the manner of that injury I still can’t believe it could have happened that way. There is no adventure behind that injury.

A fainting episode and a fall at home. It didn’t hurt much, but all the swelling meant I was bedridden and my mom and my wife earnestly helped with all of the home remedies — from ice to hot turmeric and a salt paste to heal the swelling. Not seeing much improvement, three days later, I went to get it checked by the local podiatrist. His trained eyes immediately determined it was a fracture, but one that would have to be confirmed with a proper x-ray. And as he emerged back to the examination room with the x-ray he reported it as a Lisfranc injury with a face and a voice that seemed unusually ominous for someone who must have seen and diagnosed many broken feet. A Lisfranc, a midfoot injury, is named after Jacques Lisfranc de St. Martin, a surgeon in Napoleon’s army who treated a pattern of this injury in the cavalry soldiers who fell off their horses while their feet remained stuck in a stirrup and hence causing a midfoot break. Ouch!

And with that diagnosis my hopes of running the April NJ marathon were squashed. I still very naively asked the doctor how long it might take for this injury to heal and when would I be able to resume the running. He patiently explained that the extent of the injury meant I would need surgery, and though getting back to running would be possible, it was not guaranteed.

From those moments of sheer disappointment to the day I actually stepped up at the starting line of the first-ever marathon two years later in April of 2016, the universe did indeed conspire to help me achieve my dream of running a marathon including the iconic NYC Marathon.

It started with the podiatrist doctor and his staff as they swung into action to put a solid cast around my foot and gave me three references to local orthopedic surgeons in the area. His office staff even scheduled two very convenient appointments immediately so the injury wouldn’t go untreated too long. I was fortunate to be able to see one of the best orthopedic surgeons at Princeton University Medical Center who with x-rays from several angles confirmed the injury and recommended immediate surgery. All systems swung into action leading to a successful surgery with tiny plates and screws in my midfoot to help the joints heal properly. With a solid cast and set of crutches my healing and recovery began. I am fortunate to have a deeply caring family who looked after my every need and ensured every comfort for me. The injury being on the right foot meant I couldn’t drive. Two of my colleagues gave me door to door rides to work for several months until full healing. At work, they ensured safety as I navigated doors, conference rooms, and elevators. I am forever indebted to their selfless attention to my safety and convenience.

Every follow-up with the surgeon, I always asked about my running prognosis and seeing the progress he was cautiously optimistic. He advised that once the joints and bone structure heals sufficiently then the best course of action would be another surgery to take out the plates and screws otherwise repeated running motion would most likely result in them breaking inside the foot at some point. I was determined to run and decided in favor of the second surgery. Again the universe conspired to help me achieve a successful outcome in that phase as well. By the following year I was already trying out short runs — a mile or two at most and at a very slow pace. That first 1 mile run, that first 2 miles run, and that first 5K all felt so very special. But soon I developed a pain in my left knee that I had never experienced before. All the while, barring low but consistent burning sensation and extra sensitivity to touch in the area of injury and surgery, my right foot felt fairly good even after it had gone under two surgeries. So I was puzzled about the left knee pain. There again the universe came to rescue. I have been a long time reader of Runner’s World magazine and one of the articles about going to a local running shop to get fitted for a proper running shoes caught my attention. Up until then, I was just buying a particular brand of running shoes that seemed to have done the job for me and I just stayed with it.

Taking the advice from the running universe, I decided to visit the local running shop Runner’s High in Freehold, NJ. The proprietor of the shop, not surprisingly, was a runner himself and made me do few movements as well as short strides in the parking lot right outside the shop. He observed my running form and gait. We discussed how my running gait might have been influenced in a certain way after my right foot injury and subsequent healing. He recommended certain exercises and a particular stability running shoe and I trusted his advice. The shoe switch along with stability and balance exercises I picked up from him and the running community of coaches and runners profiled in Runner’s World magazine helped. I overcame that left knee pain and continued my training.

Finally the day came when I was at the starting line of the NJ Marathon – my first ever marathon. And there again from all the organizers, volunteers, and families from various towns along the racecourse who cheered on, the universe conspired again – to grant me the cherished dream of running a marathon. In the words of Paulo Coelho, When you want something, all the universe conspires in helping you to achieve it.

I wish you all the same conspiracy of the universe in helping you achieve your goals. 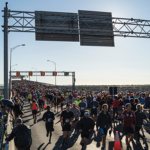 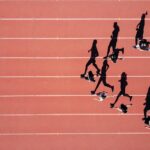 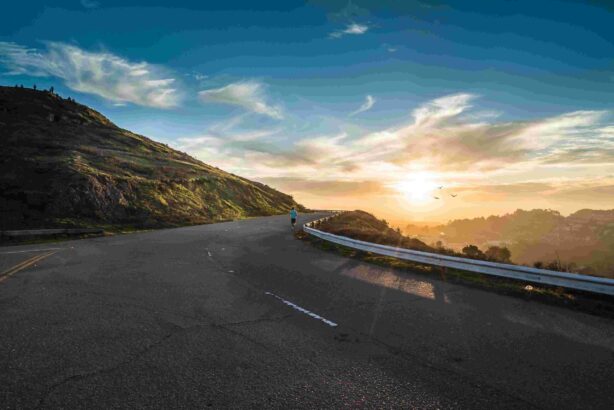 #6 Little pleasures in life are important

In recent days, I have been thinking about the little pleasures in life. When we all are overwhelmed 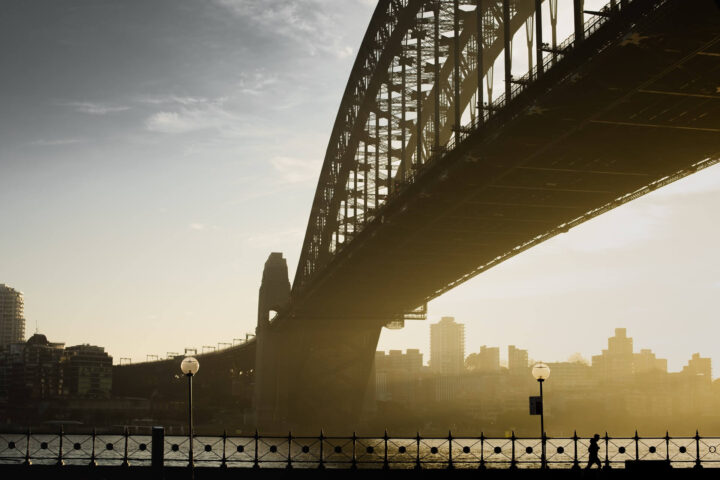 #4 Capacity to be honest with oneself…

One of the joys of running is the opportunity to meet and run with some amazing people. And that opp 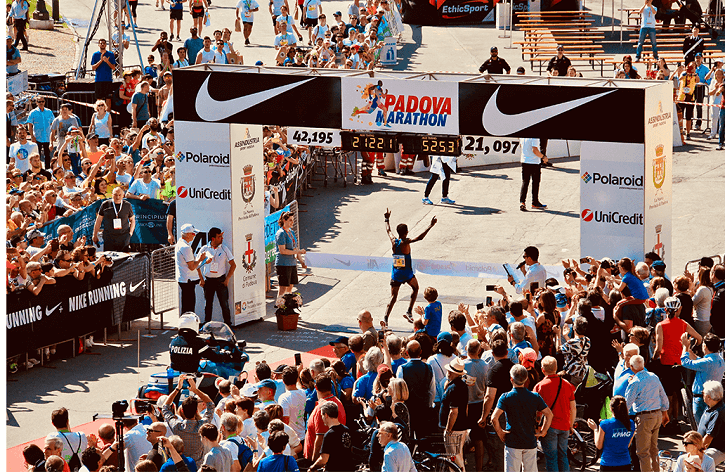 #1 Inspire and be inspired 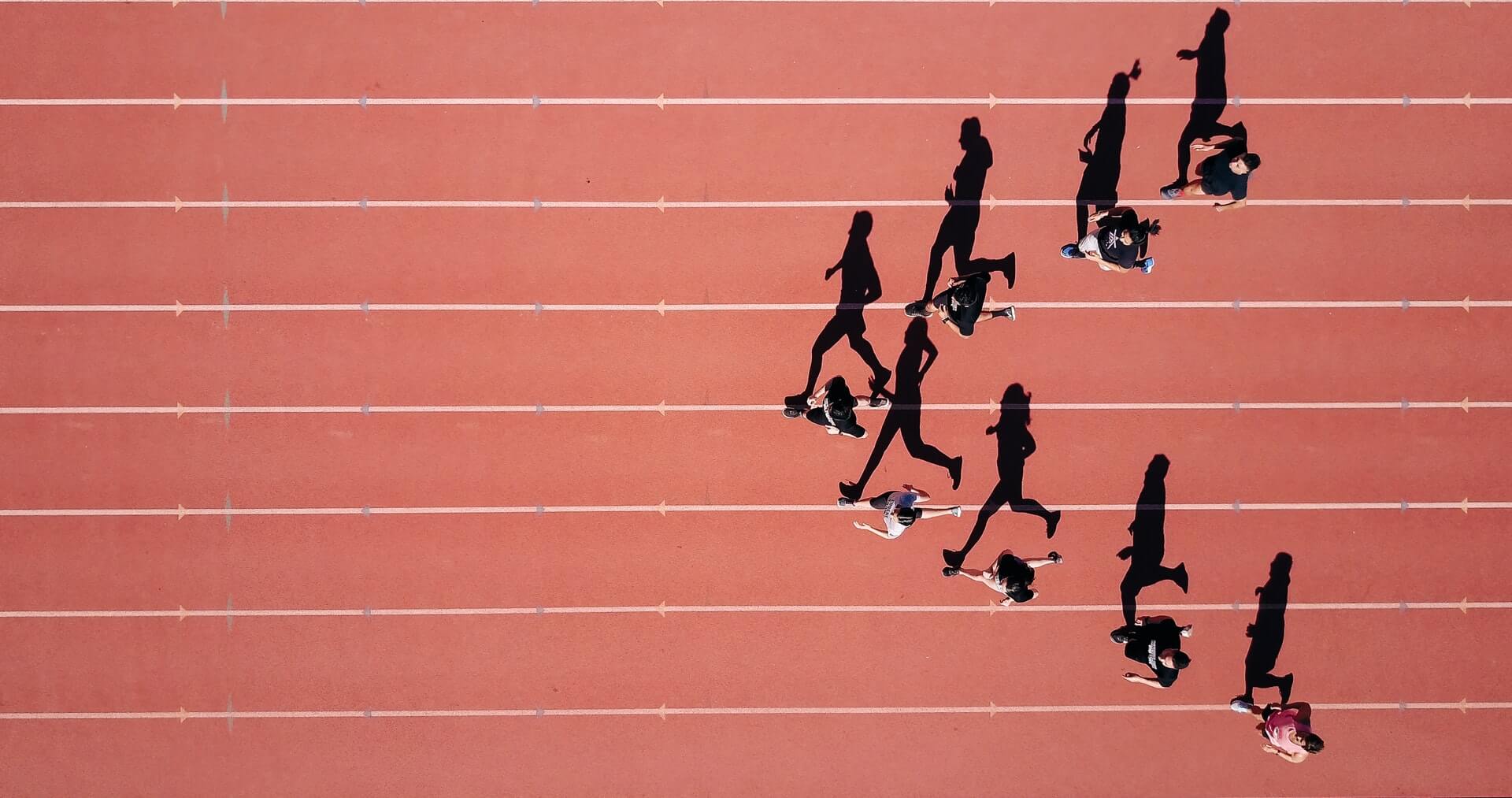 #5 Goals are easy to set, often hard to get, but still set them and go after them

A funny thing about goals is that they are easy to set, but not always easy to achieve. Sometimes a 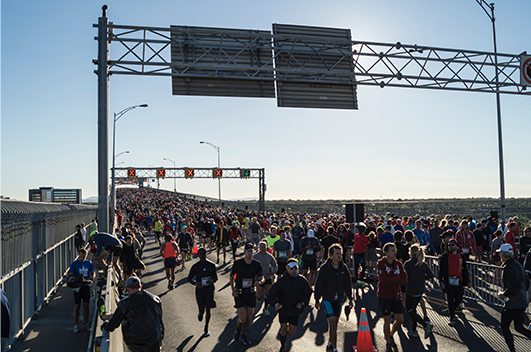 Have you struggled to start something? Something you want to or have to do but for some reason you c